The Department of Labor and Employment and the Philippine Overseas Employment Administration bestowed the municipality of Maribojoc with an Award of Recognition for its unwavering support in the Illegal Recruitment-Free Local Government Unit Campaign of the national government.

Aside from Maribojoc, the local government of Jagna also received an award of recognition from POEA and DOLE. The Provincial Government of Bohol, through the Provincial Public Employment Service Office (PESO), won the “Best PAIR (Partner in Anti-Illegal Recruitment)” Award in the provincial category for Visayas.

Mayor Leoncio B. Evasco, Jr. made the call last Monday at the Maribojoc Presidencia grounds during the flag raising ceremony. Evasco hoped for the country’s national and local elections in 2013 to be peaceful.

“Let us enter the political arena, fair and square,” Evasco said. “Let the people chose who to vote base on a candidate’s qualifications, programs of government and accomplishments,” he added. Evasco is running for his third term as municipal mayor of Maribojoc.

He declared that candidates and their supporters should be responsible enough not to cause violence or engage in anything that will create aggression. He called on candidates and incumbent officials not to resort to spreading lies and making up stories just to sway potential voters.

Evasco came home to his birthplace after 19 years of service in the city government of Davao. A true-blooded Maribojocanon, he said in 2007 that he had the responsibility of helping his town become what Davao City has achieved over the years.

At the onset of his 2007 term, he initiated reforms within the local government unit that stirred downbeat reactions from people. Sensing the lacklustre performance of some employees, he intensified the importance of diligence, punctuality and honesty in public service and set the example himself. #

COMELEC election officer II Joseph T. Magdalunes revealed this Monday when the posting of list of local candidates took place after the October 5 deadline of filing of certificates of candidacy. 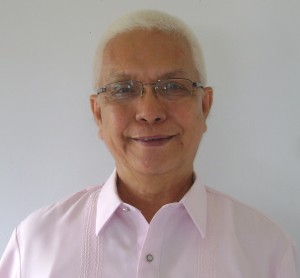 This was the proclamation made by Mayor Leoncio B. Evasco, Jr. during last Monday’s flag raising ceremony at the Maribojoc Presidencia grounds in front of the local government family.

Evasco is one of the few local chief executives in the country who has never put his face on any LGU Maribojoc project and even those programs in partnership with national government agencies and private institutions.

During his first term as mayor of the town back in 2007, Evasco made it clear that such practice of putting the names and faces of elected and appointed public officials in proposed or on-going local government public works projects will not be tolerated.

Mayor Evasco disapproves of government officials who take credit for projects funded through taxpayers’ money. According to him, frequent postings of Epal Signages around the province and the country discount the involvement of the public in nation building. He is a staunched believer of putting credit where credit is due, to the people who diligently pay their taxes.

Senate Bill 1967 or the Anti-Epal measure filed by Senator Miriam Defensor-Santiago is formally entitled, “An Act Prohibiting Public Officers from Claiming Credit through Signage Announcing a Public Works Project.” “Epal” is slang for “kapalmuks” or “mapapel,” a Filipino term for attention-grabbers.

On the other hand, Evasco also explained to the LGU family the meaning of “fair game” in the political arena as the 2013 National and Local Elections is fast approaching. A candidate is an open target of anything from anybody anytime during the season to discredit one’s person in front of the voters. He reminded future local candidates to play fair before and during the campaign period, and especially on the Election Day.

Evasco advised LGU employees and those from national government agencies to stay away from doing political activities. “Keep on working, we are paid by the people to work and we should give them better public service. I advise you not to be involved with election matters which you are not part of since this is against the law,” Evasco reiterated. #

Incumbent Maribojoc Mayor Leoncio ‘Boy’ B. Evasco, Jr. will run for his third term as the town’s local chief executive.

Mayor Boy bared that the implementation of the Natural Farming Development Institute (NFDI) is still at the forefront of his development agenda. The NFDI will be the training ground for farmers and their families in this LGU initiated integrated community development project on crops, poultry and livestock, organic fertilizer and inland fisheries. This program aims to rehabilitate and use the remaining local farming resources and increase productivity and income of farm families.

The mayor, an advocate of sustainable agriculture, has been instrumental in putting Maribojoc in the world map. The town has won national and provincial accolades and recognitions that made it a favorite ‘benchmarking’ destination among local governments and private institutions.

Maribojoc won two Seal of Good Housekeeping Awards in 2010 and 2011 given by the National Government through the Department of Interior and Local Government. DILG recognizes the LGUs’ good performance in internal housekeeping, sound fiscal management, good planning, transparency and financial accountability, legislation, among others.

Since the Seal’s inception in 2010, the town has accessed a total of P2M through DILG’s Performance Challenge Fund, a grant given to local government to finance development projects. The LGU continues to utilize the grant for its Maribojoc Integrated Resources Development and Management Program. Infrastructure supports are being constructed and agriculture enhancement activities are being done in preparation for the future Natural Farming Development Institute in Barangay Bayacabac.

In 2011, the town was selected by the Galing Pook Foundation as one of the Ten Outstanding Local Governance Programs in the country for having implemented the first LGU-Led Cadastral Survey/Simultaneous Systematic Adjudication Project of Maribojoc. The Awarding Ceremony took place last January 30, 2012 at the Rizal Hall, Malacañan Palace, Manila with President Benigno S. Aquino III as guest of honor. #