Kennemer Foods International, Inc. met with maribojochanon farmers at Binhi sa Panginabuhian Demo Farm & Training Center for a one day orientation seminar on cacao production. Joey Bacquiano of KFI said that cocoa is the most powerful antioxidant food.  You may be surprised to learn that cocoa is actually a fruit and even more surprised to learn that it is actually one of the healthiest fruits commonly eaten by man.  Recent research studies have shown a link between cocoa and cardiovascular health, with reduced risk of blood clots, strokes, and heart attacks.  Cornell University food scientists discovered that cocoa powder has nearly twice the antioxidants of red wine, and up to three times the antioxidants found in green tea.

He also added that a research conducted by Mars Inc. of Virginia USA the maker of famous “Toblerone” chocolate predicts that there will be a major cocoa shortage by 2020 and reveals harmonization of global cocoa certification programmes to ensure meaningful income hikes for farmers is one of its sustainable cocoa project goals.  The chocolate company warns that “unless more is done to promote sustainability,” the industry as a whole can expect a shortfall of more than one million tons of cocoa in just nine years.

As part of Mayor Evasco’s Binhi sa Panginabuhian project, he encouraged and assured farmers of giving 200 grafted cacao and a series of trainings to those who are interested. 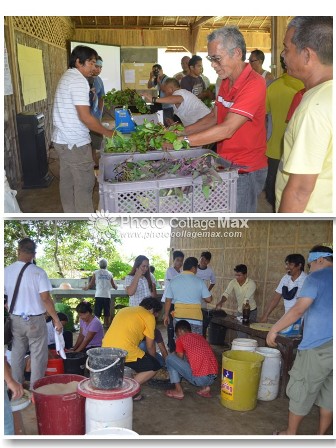 A group of farmers from different provinces in region VII met at Binhi sa Panginabuhian Demo Farm for a 5 day training on organic farming. It emphasized the prosperity of small-holder farmers through Science-based Organic Farming Technology (SOFT).  The program was conducted by DA-RFO7 Organic Agriculture Program and the Local Government Unit of Maribojoc. 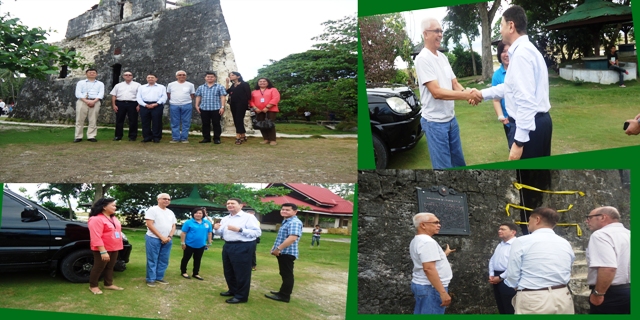 Mayor Evasco welcome Taleb D. Rafai the Secretary General of United Nation World Tourism Organization (UNWTO), who visited Punta Cruz Historical Watch Tower last May 16 as part of his presentation and turn-over of the DOT-USAID-PATA  tourism recovery plan of Bohol. Rafai arrived in Manila for the 26th meeting of the commission for Asia Pacific and Commission for South Asia held in Legaspi City. 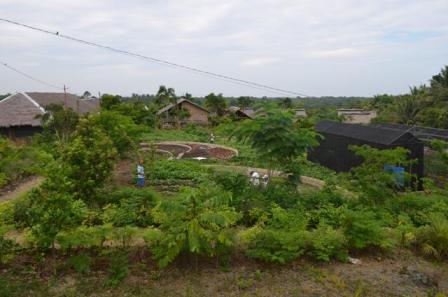 One vision of Mayor Evasco’s administration has come to reality, the “Binhi sa Panginabuhi-an” Demo Farm & Training Center.  A five hectares of land situated in Barangay Bayacabac, Maribojoc, Bohol.  This was made possible through financial grants as awardee of the Seal of Good Housekeeping for the year 2010 & 2011. The facilities goal is to promote the natural farming technologies in poultry-livestock and crops production with the objectives of maintaining environment-friendly production processes, making available healthy food and providing opportunities for complementary income source for participating farm-families.