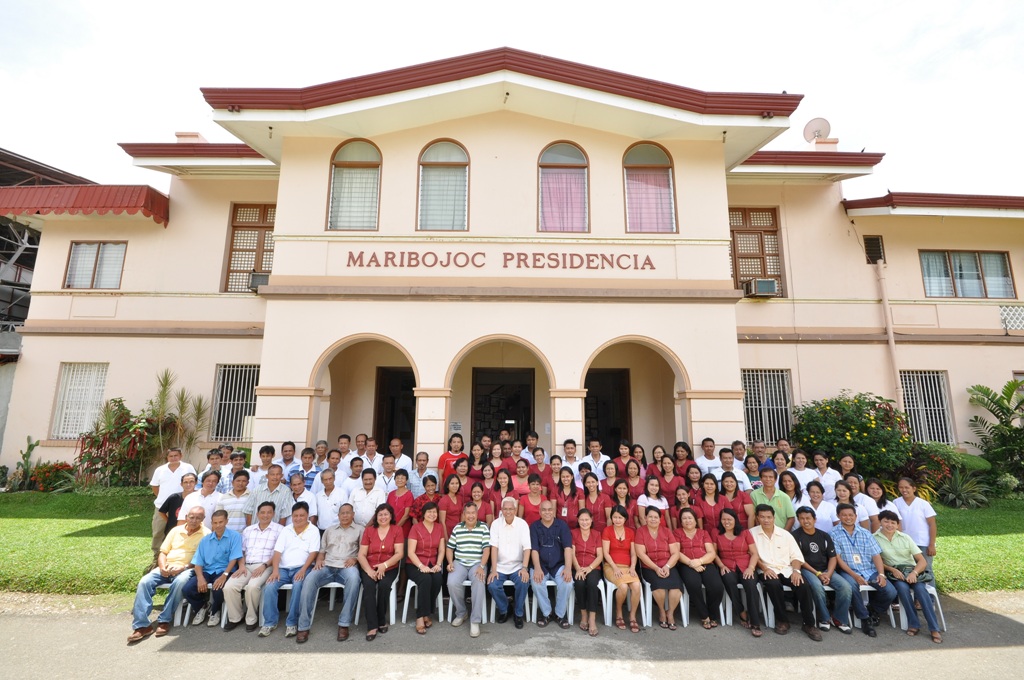 MARIBOJOC – The municipality of Maribojoc is the sole town in Bohol to win P1M for the ‘seal of good housekeeping’ award for the second round of evaluation of all local government units in the province.

Mayor Leoncio “Boy” Evasco, Jr., who is currently outside the country attending several meetings organized by Maribojocanons all over the USA, conveyed his elation through an e-mail message.  He congratulated everyone for working together for the development of the town and its people.

Maribojoc, a fourth class municipality whose overall good housekeeping index totalled 4.75, was acknowledged for the town’s efforts in the promotion of transparency, accountability and good governance.

As of press time, PD Mascariňas communicated that the conferment of the award is within this month at Malacañan Palace with President Aquino.  Acting Municipal Mayor Fructuoso “Tusoy” Redulla, Jr. will accept the award in behalf of Mayor Evasco and all Maribojocanons.

The election of new PLLP–Bohol chapter officers was held during the league’s Year-End Evaluation Meeting last December 15 in Loboc.

The LGU Maribojoc Family is elated that a fellow-Maribojocanon is elected as the league’s president.  Quoting from an e-mail message sent by Mayor Leoncio B. Evasco, Jr., “Congratulations Yanie. You deserve the victory.” #

What started as a small talk among friends in 1961 to celebrate Christmas is now celebrating its 50th Season of basketball games.

This group of friends had to look for means to raise funds to finance the month-long activity. They sponsored movie showings in schools and local theaters. Among the venues were the Holy Name College, the Medequiso Theater and the Wenanas’ (Wenceslao & Anacleta) Theater. After raising enough resources to support the MCBL games, friends Poly, Dory and Moises volunteered to compose the management team that will facilitate the league games.

The first series of basketball league games were held during daytime in 1961 since the town had no electricity then. It was only in 1962 that they were able to hold evening games, MCBL was allowed to tap electricity from the parish’ generator.

It was also in 1962, 2nd year of the MCBL games, when team owners and players added team muses. Among those chosen to represent their teams was Ms. Elizabeth Medequiso, the Kahayag Woodpeckers’ muse.

The pioneering group managed the MCBL games until 1963, years after there were several groups and organizations that were willing to manage and finance the league. The late Rufino Morgia and Aurelia Doblados were among those who initiated the creation of MCBL as a formal organization as various barangays also wanted to join the league.

Through the years, the Maribojoc Christmas Basketball League discovered great basketball players who are now considered as local legends in the game of basketball.

For 49 years, MCBL is a tradition that continues to define a true Maribojocanon. #